Samuel Lawson, a Dover Sons & Daughters Scholarship winner, recently participated in the successful launch of a Terrier-Improved Malemute sounding rocket from NASA’s Wallops facility. This launch was the culmination of RockSat-X 2017, a program that allows teams of college and university students to design, build, and launch their own scientific payloads. The 44-foot tall rocket flew to an altitude of 94 miles during its suborbital flight and was recovered in the Atlantic Ocean. RockSat-X is the most advanced NASA rocket program available to college and university students.

Lawson is the son of an MPG, K&L Microwave employee and won the Dover Sons & Daughters Scholarship in 2016. He is attending Capitol Technology University and studying Astronautical Engineering.

The Dover Sons & Daughters Scholarship Program recognizes outstanding college students who are the children and/or dependents of Dover employees worldwide. All awards are made on a competitive basis by an impartial, outside committee comprised of academic professionals from prominent universities. Since the program’s inception in 2012, a total of 225 students have received scholarships totaling $1.4 million. 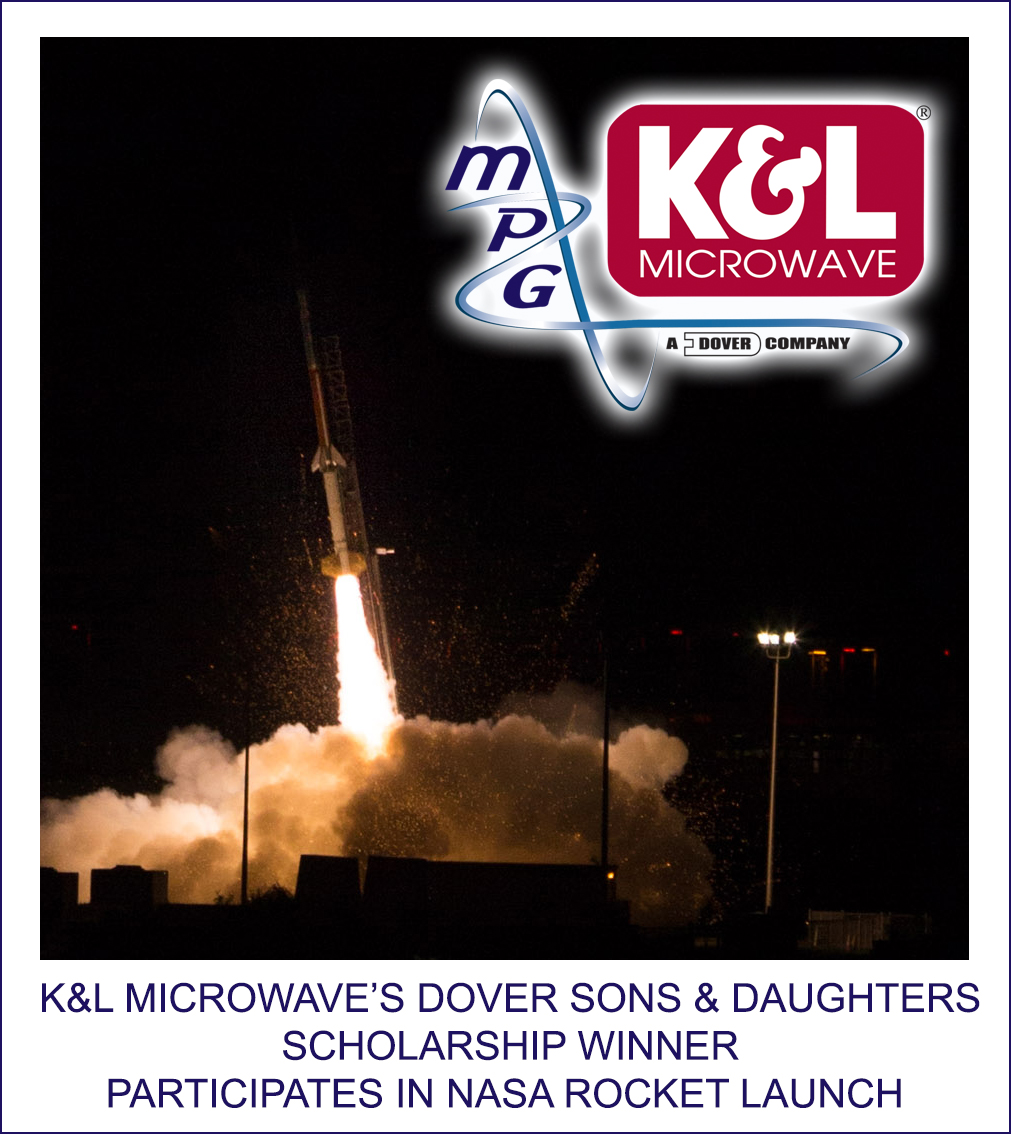